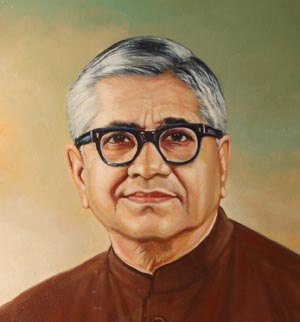 A doctor who had a cure for economic illness of the land. A Visionary who could visualise schools, colleges, hospitals, and banks on barren land. A leader who could motivate a generation to believe in him. A man who had the courage to dream and the conviction to realise his dreams. Dr. T M A Pai was all this and more.

Dr T M A Pai graduated in Medicine from the Madras University in 1925. He did pursue the art of healing for quite sometime and quite successfully too. It was the practice of medicine that first impressed on him the necessity for improving the standards of living of the people particularly the middle classes and peasants. He was aware that personal charity had its limits and that the best method was to help people help themselves. He lived by what he used to say -Give a man a fish, you have fed him for a day. Teach him fishing and you have fed him for a lifetime!

Python is an easy to learn, powerful programming language. It has efficient high-level data structures and a simple but effective approach to object-oriented programming. Python's elegant syntax and dynamic typing, together with its interpreted nature, make it an ideal language for scripting and rapid application development in many areas on most platforms.